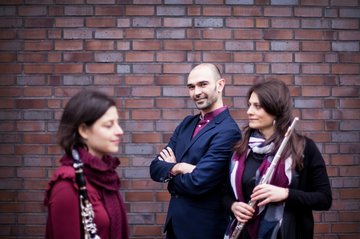 Scherzando Trio is an international ensemble based in Rotterdam. This trio is a combination of flute, clarinet and piano. The goal of the musicians is to share the joy of music and to discover the repertoire for this unusual combination. Since 2012 they have performed in different theaters and concert halls all over The Netherlands. They also played in radio programs "Live uit Lloyd" and Sophia TV.

Scherzando Trio is interested in enlarging the small amount of original repertoire for this combination of instruments. Following from this, the trio performed the première of the piece ‘Beginning of Spring’, especially written for Scherzando Trio by the Dutch composer Hans Tolhuis. Also The Iranian composer Reza Nakisa has created a piece for the trio and dedicated it to the the ensemble as well.​

The musicians of Scherzando Trio believe in the importance of sharing classical music with the younger generation to keep it alive in our society. Together with storyteller Ferdy Karto they have created a performance for children: ‘Reis naar Symfonia’, a combination of theatre, storytelling and live music. This show has been performed in different theatres in The Netherlands. 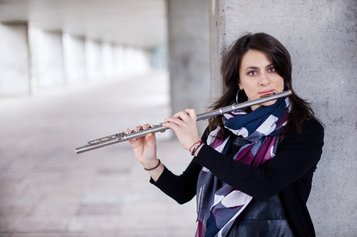 Irene Gabarron was born in Murcia (south of Spain). She began playing flute eight years old in the music school of her village. She finished her career in Spain, with Ana Alcaraz and Juan Fco Cayuelas Grao as teachers, at the age of 23. After that, searching to further improve her playing she went to Holland. She found in Rotterdam one of the best environments to develop herself, obtaining the Bachelor and Master of Music (Flute and Piccolo) in its Conservatory (CODARTS).

She has been student of the excelent teachers Vincent Cortvrint (piccolo in the “Koninklijk Concertgebouw Orkest”), Jo Hagen, Herman Van Kogelenberg and Juliette Hurel (all of them soloists in the “Rotterdam Philarmonic Orkest”) and she has received masterclasses from Emily Beynon, William Bennet and Vicent Prats, among others.

As chamber music player Irene has a long trajectory with different groups receiving first and third price in the IV and II edition of the National Chamber Music Competition “Francisco Salzillo”. Now she is inmersed in her present projects “Scherzando Trio” with clarinet and piano. 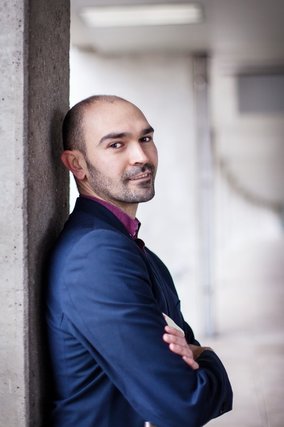 In 2006 Roberto Guijarro played as soloist with the orchestra of Joaquín Turina in Madrid. Also as a soloist he later played with Mr. Charles Mathews conducting in El Escorial (Spain 2007) and with the Cordoba Conservatory Orchestra in Andalucía (Spain 2010). During 2010 and 2011  performed with the Camerata Capricho Español as a soloist and as accompanist. Meanwhile he played several solo  recitals in music festivals around Spain like the “Ciclo de jóvenes intérpretes” 2009 and 2011, festival "San Hipólito"  in 2009, 2010 and 2011 and the "Piano Festival Rafael Orozco".
In 2010 Roberto Guijarro won the honour prize in the Competition Karl Dreszler in Nüremberg.
In The Netherlands he has played   in several piano music Marathons dedicated to Debussy, Spanish music and Faure's piano work. in De Doelen, Rotterdam Roberto Guijarro has performed with the Codarts Symphony Orchestra in the Grotte Zaal (2013). In 2014 with the same Orchestra he performed as a soloist in Middelburg and Rotterdam, De Doelen.
In these last three years Roberto has been playing around The Nederlands: Leiden, Middelburg. Gouda with solo and Chamber music recitals. This alo includes a performance for the Dutch radio “Radio 4” and the “RTV Rijnmond”.
Nowadays Roberto combines the docent profesion with the concert activity.